Scams Against the Elderly – Part II

Welcome back! This is the second half of our two-part series on common scams which target elderly people. Yesterday we talked about advance fee scams, phishing, and long cons. Today we’ll be discussing tech support scams, bogus debts, and identity theft. Our primary source will, once again, be the Texas Office of the Attorney General with assistance from the Consumer Protection division of New York’s Department of State.

Technology is confusing for many of us, and scammers may prey on that vulnerability to take advantage of people. One of the most common ways they do this is the classic “tech support scam.”

How it starts: Your computer has a sudden popup or you receive an unsolicited call. They’re quick to inform you that your computer has a virus! If you don’t fix it right now, then you could lose all your data or your financial information could be at risk. All you have to do is click through their prompts or provide them with some information…

The catch: They are actually the ones putting a virus on your computer! Remember how “phishing” worked in our previous post? You throw out some bait and see who takes it. Scammers who use this method are attempting a similar scheme. Typically they are either trying to acquire data or, even more insidiously, are trying to take complete control of your computer. Don’t let them! Even if they don’t install any obviously problematic software, they could still be installing spyware that will quietly collect your information over time. The Office of the Attorney General recommends that you “try exiting the internet” or manually restart your computer with the off button. You can also contact a reputable computer repair company for assistance.

Common examples: Numerous variations on this system exist. Some of the most common include popups and ransomware that can actually take your data and disrupt your equipment. As a best practice, you generally want to avoid unsolicited offers for IT assistance– and never let some random popup install software on your computer or “scan” your system!

How it starts: You get an angry phone call or aggressive letter. They’re demanding payment on a debt that sounds vaguely plausible, but you’ve never heard of it! Maybe they’re even demanding you pay in gift cards. It sounds strange, but they’re very insistent…

The catch: This is not a legitimate debt. These scammers will often cast a wide net to see what they can reel in. The Office of the Attorney General notes that “a few people will be scared into paying,” but that “legitimate creditors will be able to produce proof that a debt exists in the first place.”

Common examples: Unsolicited phone calls purporting to be from debt collectors are one common variation of this scam. It may also take the form of physical letters sent to an address or even emails. Be especially wary if someone purporting to be a legitimate entity demands payment in gift cards, as no government agency will actually request this.

Identity theft is a growing problem in the modern United States. What does it actually look like for regular people, though? This is a huge topic, so we can only scratch the surface here.

How it starts: You fill out an application online. Someone from your bank sells your information. You click a link in an email, which quietly downloads spyware onto your computer. Someone buys a list of personal information from a retailer. There are numerous starting points for identity theft, with social engineering and phishing being typical starting points/attack vectors.

The catch: A thief begins using your credit card to make online purchases. Or maybe they apply for new credit cards in your name and use those. Perhaps they’re signing up for utility services and phone lines, or even making withdrawals from your bank accounts. There is effectively an arms race going on right now between security providers– software companies, financial institutions, and the government– and bad actors such as thieves, scammers, and hackers.

Common examples: New York’s Department of State notes that medical identity theft, which involves theft of “a consumer’s health insurance, Medicare, or Social Security number” is becoming a huge issue. Probably the most common example in popular media, however, is the bogus use of credit and/or debit cards by bad actors.

Scams are an inevitable part of life. There will always be someone out there throwing out some bait to see what they can hook, and this problem will only increase as network connectivity spreads in every area of our lives. The best practice is to stay calm, keep a good head on your shoulders, and exercise common sense.

Always verify that debts are legitimate, check your bank statements, and refuse to let someone on the phone send you into a panic. Be suspicious of any attempts to get your information or to induce you to pay someone with gift cards. Finally, if you do suspect you have been scammed, you can file a consumer complaint with the Texas Attorney General. 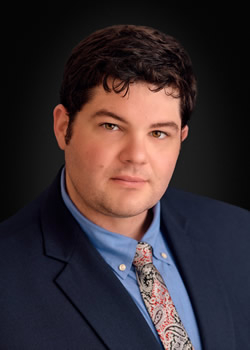 Latest posts by Andrew Slaton-Freeman (see all)
Previous Post: « Scams Against the Elderly – Part I
Next Post: How Estate Planning for a Family May Trap the Unwary Practitioner